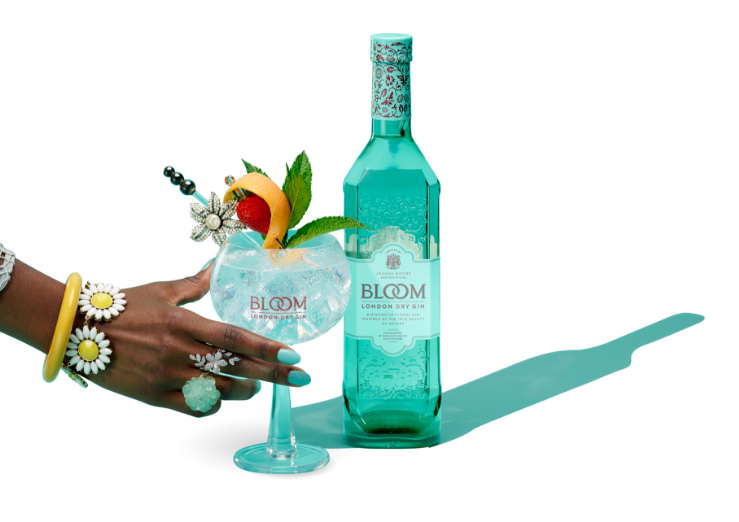 We caught up with London-based DJ, social entrepreneur and all round powerhouse, Mercedes Benson, to find out what it’s like to be an influencer, start multiple businesses and lead the fight for more diversity in the creative industries – all before the age of 30! Read a summary of the session below or even better, click the button and watch it on our Instagram. 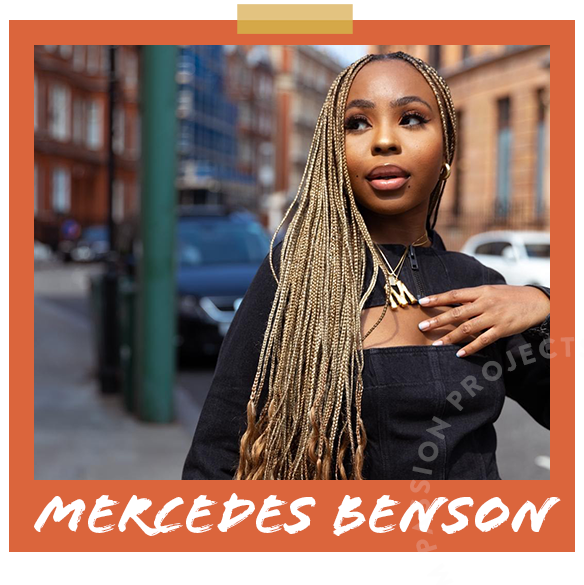 Tell us about your career path and how you’ve gotten to where you are today?

Originally, I wanted to be a doctor. My parents are Nigerian and they were very set on me going down this career path and pushed me to be very academic at school. It was very much deemed a ‘respectable’ career path. However, I’ve always been very creative and loved music and drama at school, but never saw that as a career as such, it was more of an extra-curricular activity. I went on to university to study Bio-Med and it was there that the internet really became my saving grace. I discovered Twitter, Tumblr and Instagram and started to delve into the world of fashion and music. You got to see way more than you ever did on MTV and got a sneak peak of what it was like behind the scenes in these industries. This piqued my curiosity and I started to think about things like, how do you make a music video? How do you put a concert together?

I then had this crazy idea to start calling companies within the creative industries to see if I could get some work experience, so I literally started picking up the phone and calling HQs in the hope of getting in touch with the right person. And eventually I did! Luckily, Adidas picked up the phone and said they offered regular work experience. I was put in touch with a lovely black lady, which I think is so integral to the story now looking back, and she agreed to give me a shot. This opened my eyes so much to the possibilities that lay ahead – seeing a black woman that looked like me, having a successful career in this industry – it really inspired me and spurred me on.

I absolutely loved my time at Adidas, so much so that I decided that Bio-Med was not the career path for me and made the decision to leave university, which is not always advisable, but for me it was definitely the best decision I ever made. I was then lucky enough to work at Google and from there went on to youth entertainment agency, Complex Networks. Throughout this time was also discovering myself and my own passions and this is what really enabled me to build my own brand and interests and the same time as pursuing my career.

Since then you have done a lot, including creating SocialFixt, a platform to connect Black talent with jobs in creative industries, tell us more…

SocialFixt was born out of my own experience of working in the creative industry. While I have been lucky enough to work with some amazing black talent in my first couple of jobs, the more I moved around into different roles, the more I realised there were not a lot of people that looked like me. I would be the only black person in my department, and it was the first time that I really experienced institutional racism. While all new jobs are exciting at first, after a while you want to find your tribe and really start to settle in, and when you look around and see no one that looks like you and no one that speaks like you, that can be hard.

In this situation, when new roles within the department come up, you instantly think ‘I want my friend to get that role’, so I started anonymously sharing any roles that were advertised internally on Twitter, encouraging my community of followers to apply. This was is how SocialFixt organically started. Nepotism is real, so if you work in a department where everyone looks the same, as much as you might want to be more diverse, the reality is that people are naturally going to bring in their friends and own networks. It takes something like SocialFixt to help break this cycle.

After a while, I realised I couldn’t just keep sharing the roles myself, so created a Facebook group where others could share roles too. This just grew and grew and after a while, we had a community of diverse creatives actively sharing roles on a regular basis. Now we have over 6,000 members and it’s gone from strength to strength.

You have so much going on, what’s your work pattern like?

When you work for yourself, you kind of have to create your own weird and wonderful routine. I wouldn’t say I’m the disciplined entrepreneur who wakes up at 6am and bashes out all of her emails by 9am, I’m much more sporadic in the way I work. An idea might come to me at 1am or 1pm, so for me, I’ll switch it up in order to be most productive. Some days I might work for three days straight but then I’ll take some time off and when I’m offline, I’m offline. I’ve learnt that it’s so important to take that time to yourself to recharge.

Did you receive any funding to help grow SocialFixt?

No, I’ve been funding it myself from the very beginning. My network of friends and colleagues have been great, as they’ve helped to support the channel along the way – it’s really important to seek help from those around you in the early days. It’s only recently that we’ve started to leverage a revenue model where companies have started to pay us to advertise their roles.

I do think that one of the luxuries that I’ve had is the ability to grow the channel organically first, so it has almost proved its worth before the revenue model has come into play. Personally, I’ve never enjoyed seeking out funding, the main reason being is I hate trying to persuade someone why my idea is a good one or convince them that it will work. In the past it has been notoriously difficult for women, and even more so for women of colour, to secure funding and investment and so I would rather do it on my own if I can.

This is why initiatives like BLOOM Gin’s Passion Projects Competition are so important, as they’re giving women an equal opportunity to shine.

Has the Black Lives Matter movement had an effect on the amount of interest in SocialFixt?

It’s been crazy! We’ve received so many calls and enquiries, but I’m not mad. My first thought when the calls started flooding in was ‘oh, everyone’s awake now’ and it did feel a little cheeky, but then this was always going to happen at some point. I felt disappointed that it took Black Lives Matter resurging for what is the third or fourth time, for businesses to really sit up and listen, but on the other hand, at least they are listening now. I love the energy that black people have right now, the fact we are so unapologetic, and our voices are finally being heard.

In the UK, I think our racism is a little different to the U.S. It’s more insidious, it’s more systematic, it’s not always visible, but it definitely happens; and naturally it feels like SocialFixt is perfectly placed to have a voice in this arena. When thinking about racism, I was thinking have I experienced it for myself and the answer was yes, but in a very covert way. Whether its micro-aggressions from others in the workplace, assumptions from others or even me second guessing myself just to fit in. So, it feels like now is the time to use our voice as a brand that has been tackling these issues for some time, to help change things.

We’re now consulting and advising more businesses than ever, but there’s one thing that we’re very keen on making clear. This has to be a long-term commitment, change is not going to happen overnight, but they have to be ready to keep this dialogue going and keep working at things in order to really achieve diversity. It’s a great time right now, but we have to keep that energy going.

What advice would you give to other creatives just starting out?

I would say don’t be afraid to be a student. One thing I love about this generation is that we’re so entrepreneurial and we have the internet at our disposal, so we don’t always need to go through the working-for-free internships and the years of graft and grind. You can literally set your own business up on Companies House, sell it to your friends and network and boom, you’re away.

That said, I do think there is a real beauty of being a student to the old processes and learning from those amazingly talented people that have gone before us. I have learnt so much from people I have been lucky enough to work with, so you can never take this for granted.

While this generation might be very good at starting things, I’ve found that we’re sometimes not so good at maintaining it because we don’t know how to, so you can really learn a lot from the OG’s that have been in this game longer than you. We have a lot at our disposal, but it’s about having the boldness to grab those opportunities and own it.

Another thing is to not take ‘no’ personally. You are going to get so many no’s along the way and that doesn’t mean you’re not good enough, it just means the door that is right for you hasn’t opened yet. Just keep going and eventually you’ll get a yes!